There are moments of the journey that are of the passage, simply sections that have to be transited to go from point A to B and so on. But in travel as in life there is nothing written. These days had nothing planned with more social interest than the cape of Skagen, known by the clash of seas between the Baltic Sea and the Atlantic Ocean and by the amount of painters who have recorded in their paintings moments of that enormous end of sand. But the writers of this story, which is my life, have decided that I deserved emotive moments, and times when I would have to control my temper and use my wits to achieve goals. Never in my life had I spent so much time looking out to sea… 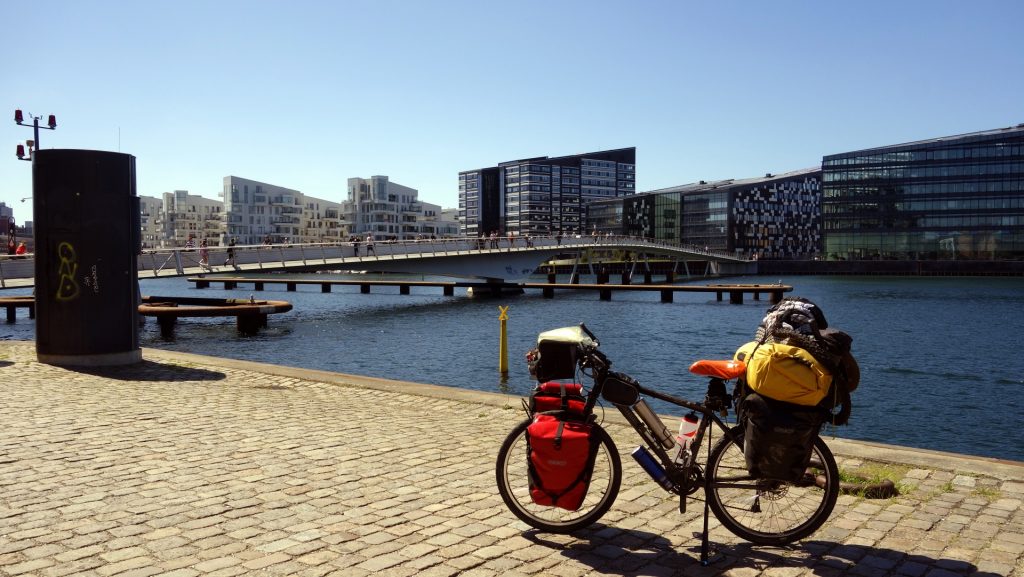 I left Copenhagen on the west side. This part of the city had not yet visited her and surprised me by her beauty. I usually do not like modern, mostly glassed and cubist buildings, but good taste and good knowledge of the Danish cheered me my departure from the capital.

On my way on the island of Zealand I would find a town called Holbæk and this sculpture by the artist Jens Galschiøt. The sculpture is worked on copper pieces in the form of books and parchments joined together forming the word FUNDAMENTALISM. A project that the artist put on screens with 600 phrases taken from the books of the three most famous monotheistic religions of our era: The Bible, The Koran and The Torah. 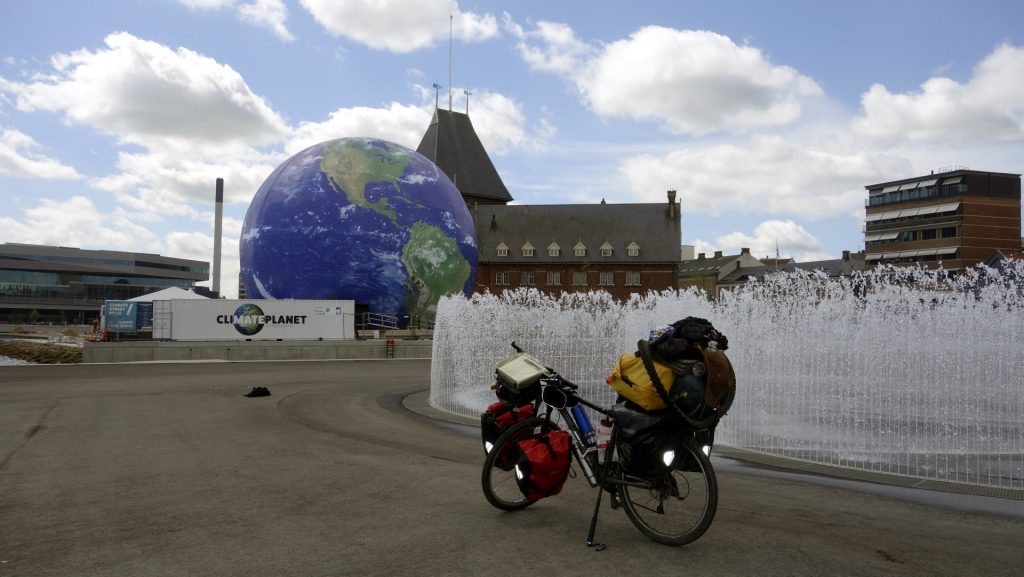 I arrived at Aarhus by ferry from Sjællands Odde. In the city was waiting a small water show next to a large planetary sphere. For light issues I could not take a photo of the European side, I guess the sun wanted me to see the great mass of land that awaits me in the future 😀 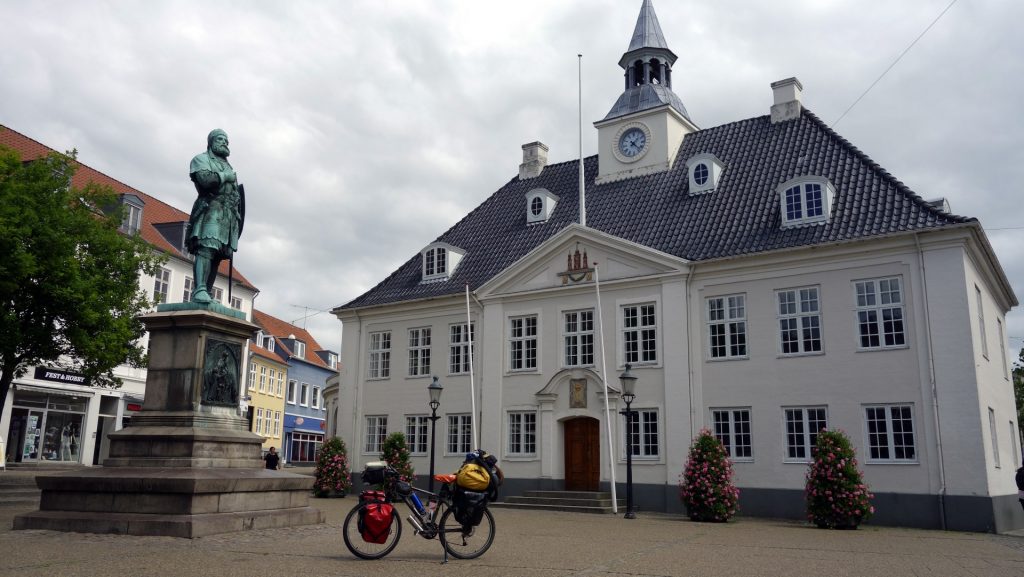 With so much eagerness I left Copenhagen to catch the ferry from Hirtshals that was ahead of me in my route planning. About two hundred kilometers to reach my destination and I was still almost a week. I arrived in Randers and a good danish playing his acoustic guitar to the compass of the little birds of the forest informed me that I could spend the night in the hut where the teachers of the school are going to smoke. I decided it was okay not to set up the store one day. 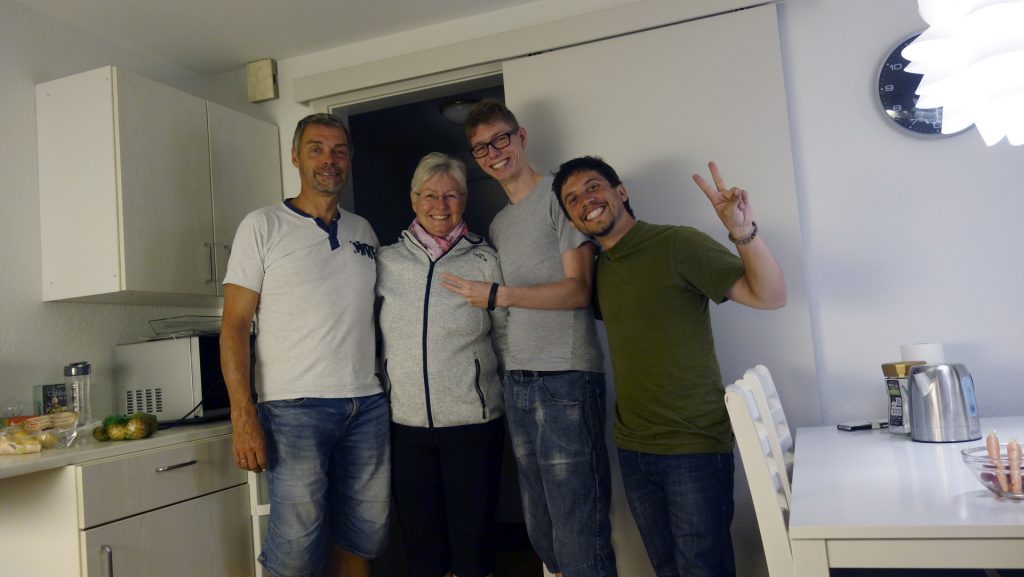 And of course, as I was not in a hurry, I went back to the city to get a map that I had traveled without, and I got more than a map. Morten and his mother Lene led me through the city, teaching me where to find the tourist office that had been moved, and hosting me one night at his house where we spent the evening in family with his father Bent who joined the fusion dinner of Spanish and Danish food 😀 Thanks for everything! 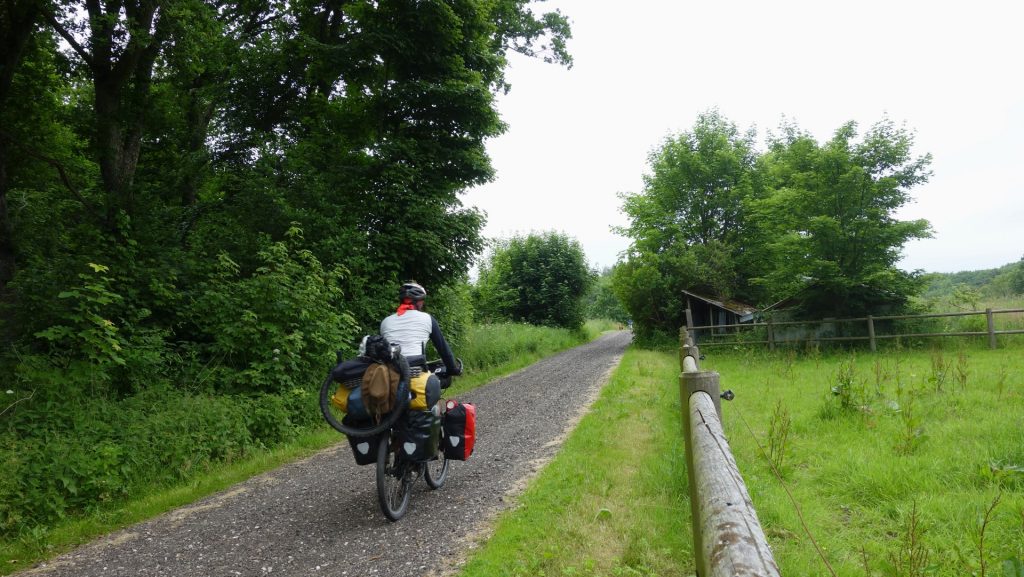 Back on the route I found many mountain roads, easy to move if the wind and rain allows. From this moment the weather has accompanied me with changing luck, what was coming after it was inevitable. 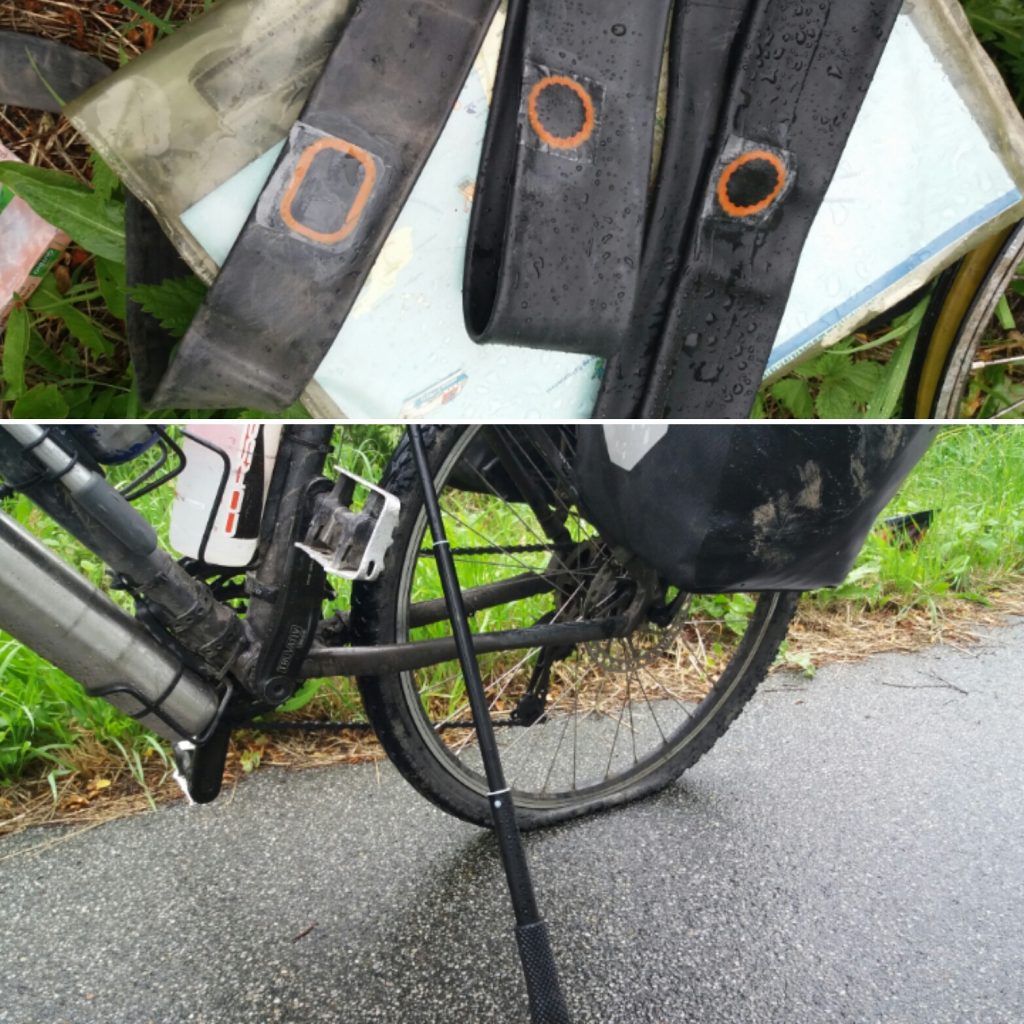 Although the provision of a new tubes would have helped me to not lose so much time on that track cyclist. It took me almost an hour puncture repair and spare parts, logistical failure that left me as like a fish soak in the rain. But the saddest thing was to see that in the middle of so much disaster, only one person at the end of the repair stopped to ask if I needed help. Cyclists of all kinds passed by and no one thought to ask if he could help, not a hint of humanity. I have always said that I am more a traveler than a cyclist, and in the world of cycling there are very few who make it great. I sincerely hope that this trend will change favorably, because I have never liked the worlds of surface images, which unite to protest as wolf packs defending the rights of cyclists and then each lets you die of cold in the gutter. In the end it is shown that the soulless is not the car or the bicycle, but the driver. 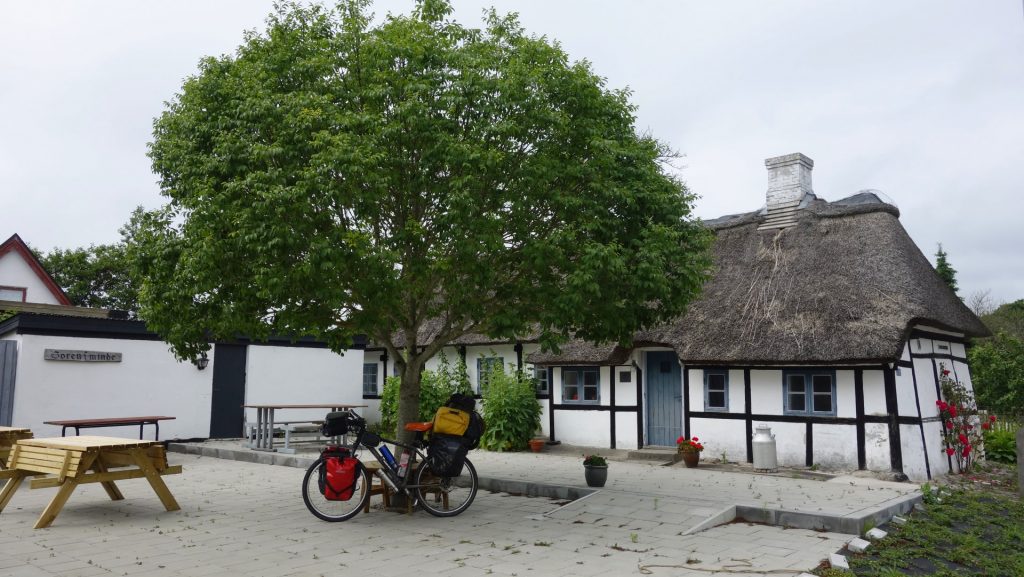 Luckily not everyone is like that. Mostly, when you have problems there is a tendency to think negatively and believe that everything is bad, but if I start to think the reality is not. Denmark has welcomed me incredibly well, I have returned to have new friends along the way that have welcomed me and treated as one of the family, I have filled the road of light. And to brighten the view, to me that I like the architecture, the traditional Danish houses are precious. 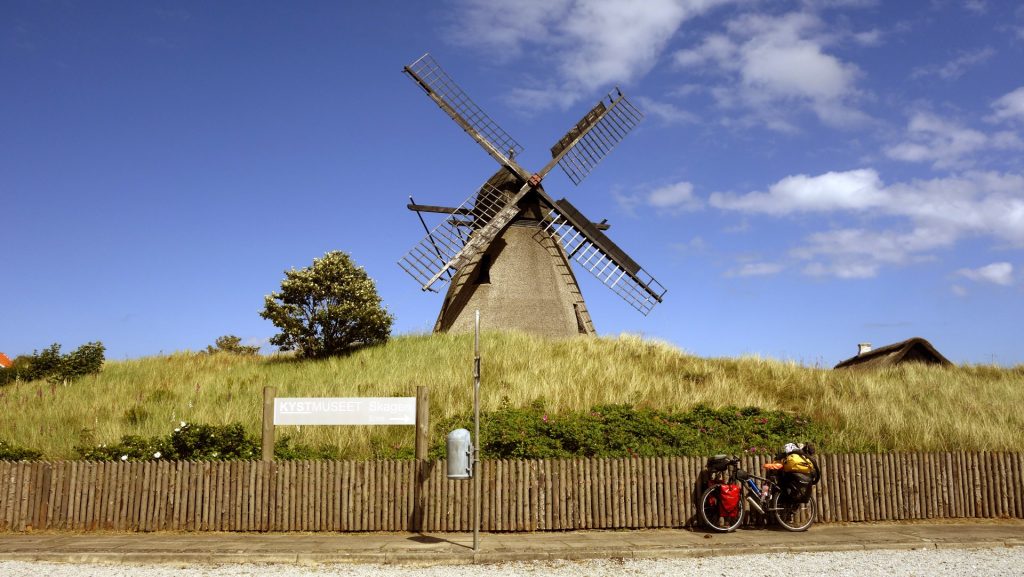 I arrived in Skagen with a fair wind for the first time in a long time. I was fortunate that time went by, at least it was not raining, but the wind was strong and I knew that I would suffer on my return, but before I returned I had missions to fulfill. The first was to discover where the Whiskey in the Jar came that brought me the wind. I arrived at a pub that reminded me of my old days in Ireland. I could not stop asking for a pint 🙂 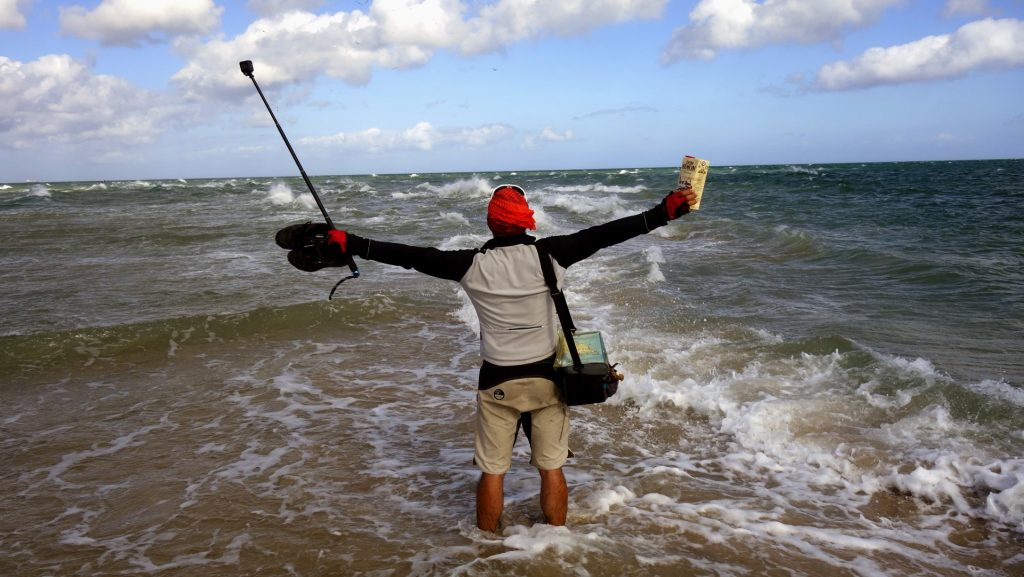 And full of memories come to the top of Cape Skagen, a place called Grenen where magic still exists. I felt the urge to believe Moses for a second. I raised the sefie stick in my left hand and Don Simon’s tetrabrick to the right as if they were the tables of the ten commandments and I said: waters of the Baltic Sea and the Atlantic Ocean, clapping with me! 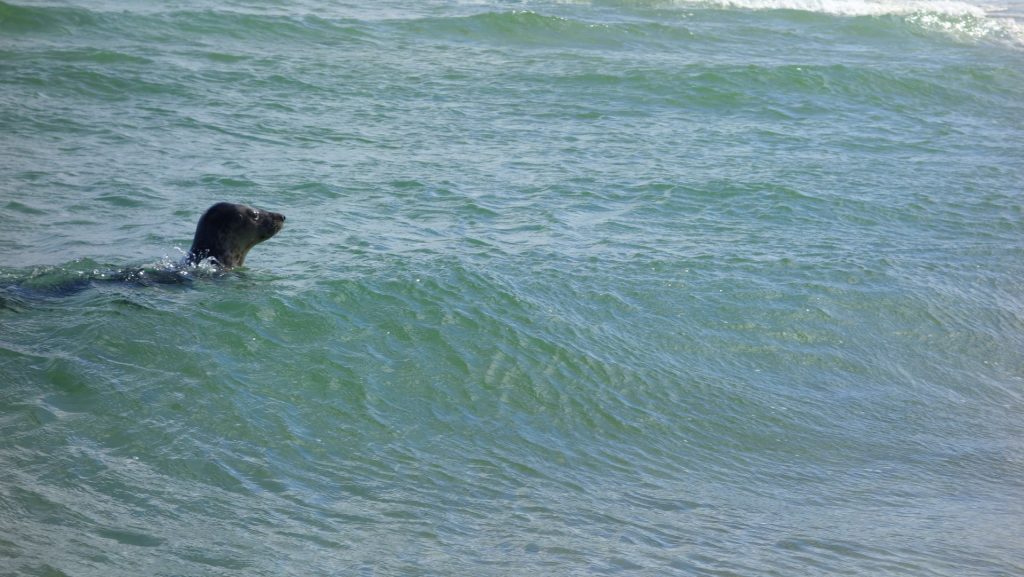 And of course, so much celebration and so many clapping came the friends of the sea to greet 🙂 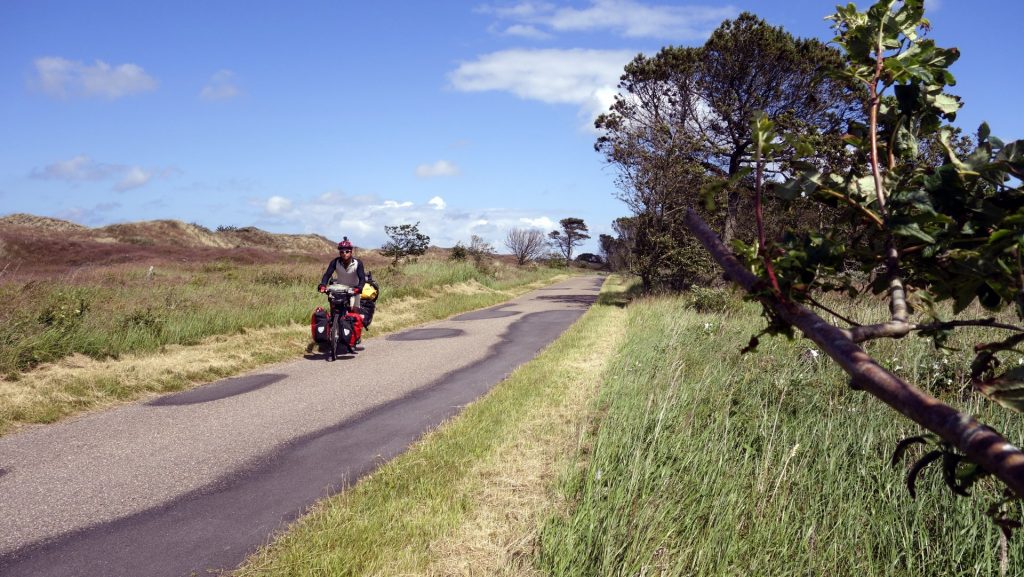 And as I predicted, the way back was complicated. With gusts of wind of up to fifty kilometers per hour and intermittent rains that turned the trip into an hell. The terrain had changed drastically as well, now I no longer travel between trees and cereal fields. The landscape became a desert and rugged area, with scrubs that reminded me of northern Europe and sand dunes that could have passed through the desert of Almeria (with a little more grass). In the Scandinavian countries they have the saying that Norway has mountains, Sweden forests and Denmark beaches. I confirm it! 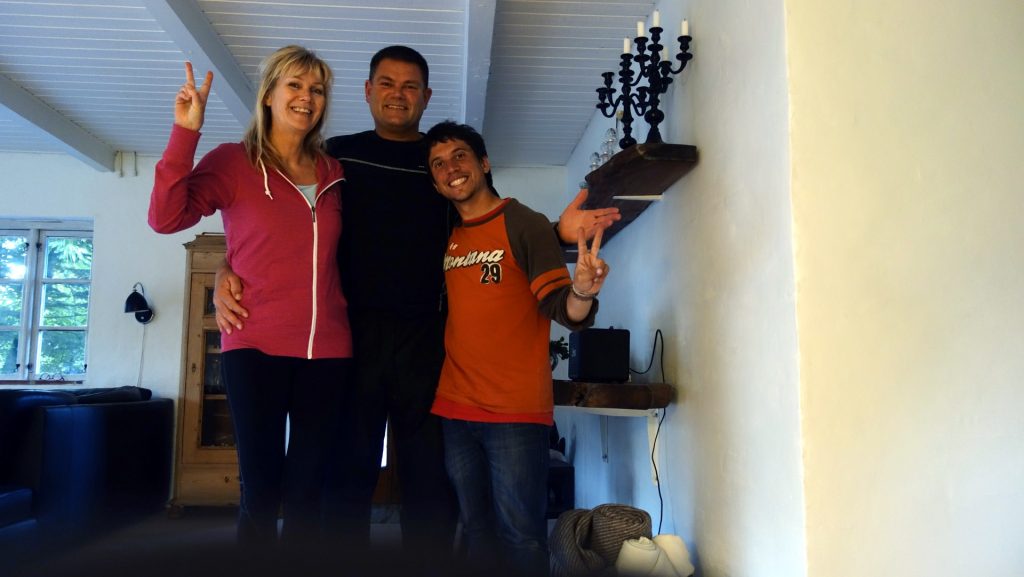 In Hirtshals the family of Hanne and Niels welcomed me in their summer house. I want to thank you for the days and for all the love and care you have had with me. I arrived at the last Danish destination that I had in my itinerary with problems and thanks to you I have not stopped seeing the light. Tusen tak! 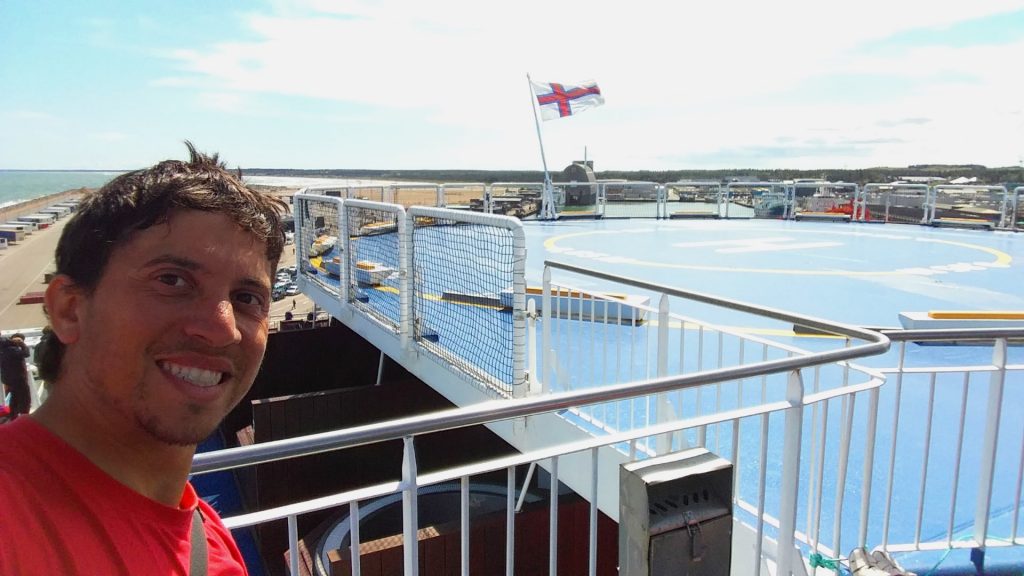 And that is to get the photo you see above cost me sweat and very angry. 27 are the countries I have traveled in my life to date and I have never felt cheated by a travel company. Direct Ferries has tried to rip me off and because of it I almost stayed on land. I bought the reservation for € 284 a fifteen days before the date of departure, the next day I was sent an email saying that the price had changed and that it was ten euros more, I obviously refused and since then the discussion started. In the end, seeing Monday that I was not on the ferry lists for the next day, I agreed to pay that amount so I would not stay ashore. These gentlemen, who are serious company, kept me in suspense all the time without sending me any instant notification of the ferry ticket. I arrived on Tuesday 27 at the terminal, overtaking all those people who were queuing to check if it was on the list and had a ticket, for all the response I received was NO. I had to run to the ship’s offices and after a long chat and get Wi-Fi, to check the status of my account, I could see that I had been refunded the money and a message at the last minute with nothing at all. The operator of the terminal informed me that this is not the first time they had problems with this ferry company. If you ever buy a ferry ticket never do it through Direct Ferries. For Iceland go directly to Smyril Line and buy it there. I managed to get past the terminal five minutes before they closed their doors. I did not have time for photos of the boat on the outside or anything, but at least I was already on the ferry! 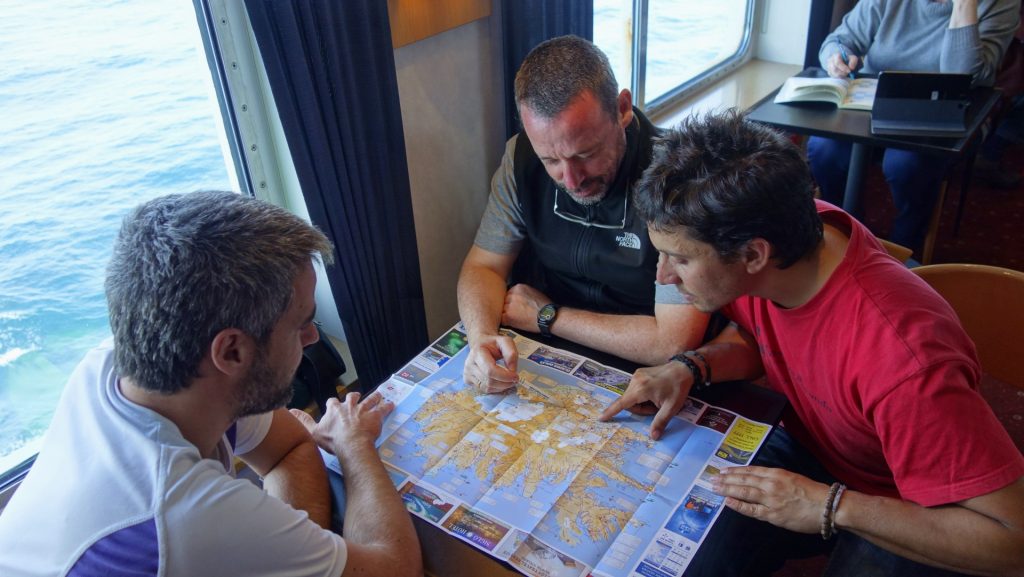 A little bit of posture is not bad, especially when it comes to helping these two great Spanish guides who offered to help me with the Icelandic itinerary. They have been traveling to Iceland for four years to teach all that adventurer to appreciate the wonders of the island. They have lip for a while, and historical, geographical and photographic knowledge to satiate the most sagacious of all the curious. If you are thinking of a trip through the most adventurous land in Europe, do not hesitate to go to the following link: limesviajes.com. 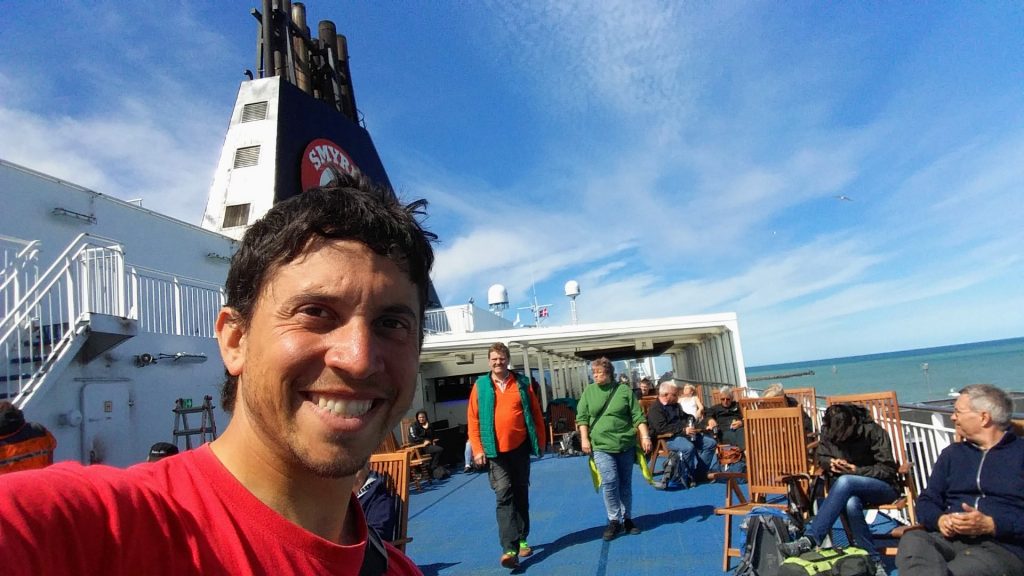 And with this and a cake we’ll see each other on Thursday at eight o’clock in Iceland.

Until next time in Iceland!